A surprising brise-soleil for the new cogeneration plant in Bologna

Within an area in the city of Bologna undergoing an urban redevelopment process is this new Hera plant for the production of electrical and thermal energy. Since the area is not predominantly industrial, a reduction in the height of the buildings was required, as well as a restyling of the shapes and colours of the whole construction, in order for it to blend smoothly into the urban surroundings. The cumbersome single block that made up the previous plant was replaced by more dynamic lines that reduce the visual impact of the construction.

The colours chosen for the new plant are the warm tones of the city of Bologna: brick red, ochre, tufa yellow, dark brown and rust. The materials used for the exterior of the plant also seek to transmit a much less austere and more material sensation than the existing construction, with the main covering materials being ceramics and expanded metal. Ceramic material in particular was used on part of the façades, the roof terraces and the covering of the flues.

The façades are covered with the Rosso Soraya porcelain stoneware tiles from the Marte collection, laid horizontally, while the brise-soleil system that covers the chimney is composed of 576 porcelain stoneware tiles in the 30x120 cm format from the collections Architecture Acid Green, Marte Emperador and Rosso Soraya and Unicolore Giallo Ocra with a natural finish, arranged vertically and on a number of overlapping rings.

The chimney, a central element in the composition, has a distinctive elliptical shape and features a ceramic brise-soleil system, arranged vertically to offer a glimpse of the systems inside. The ceramic brise-soleil elements, in different colours and arranged randomly, becoming lighter towards the top, allow the observer to see through the structure, which resembles a large radiator. The expanded metal is the second covering of the building, and is installed in such a way as to make the volumes of the plant more compact and dynamic. 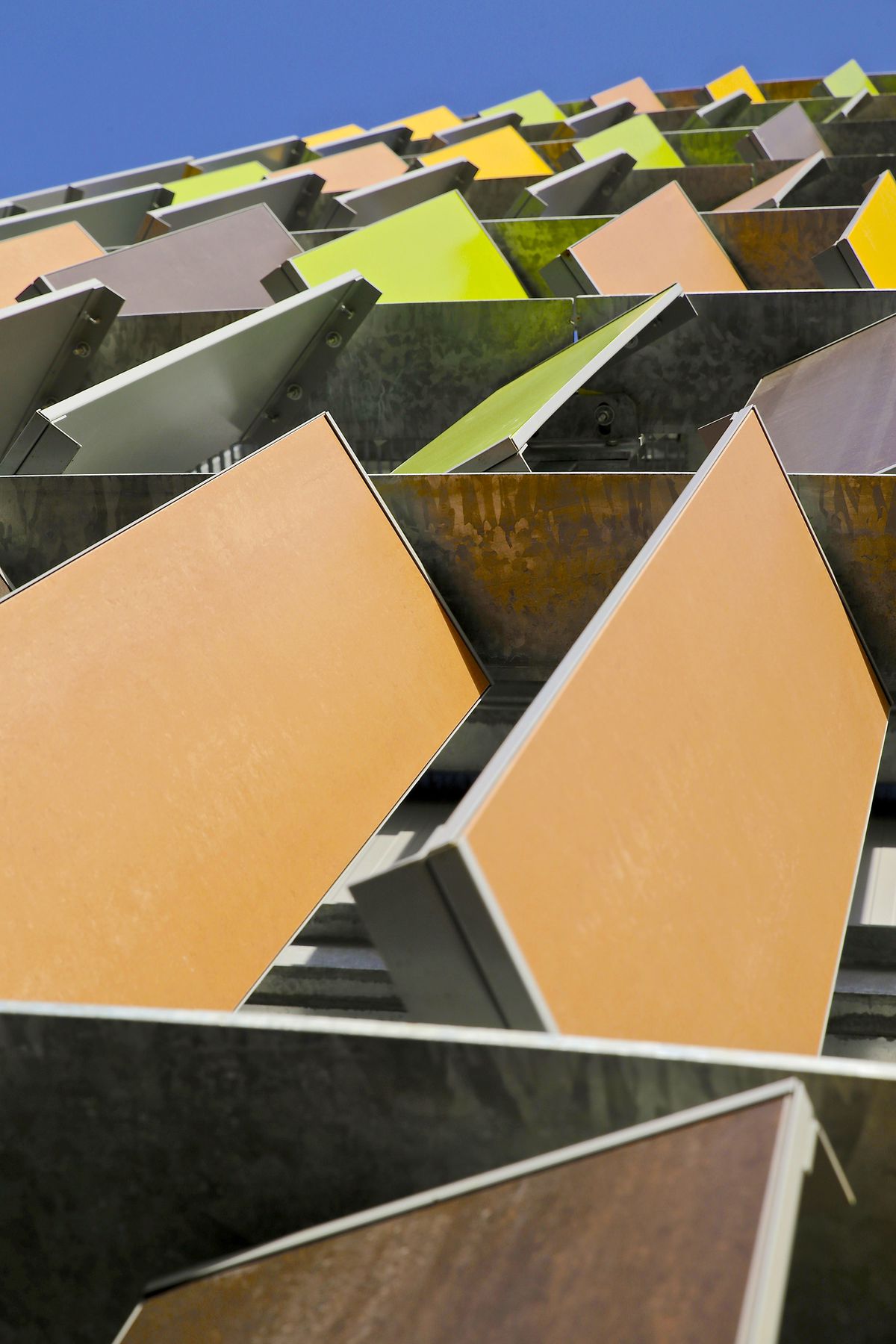 Hokkaido University of Science: a gate to the future

Vox Technology Park: a building with a strong identity